Lyme Spirochetes in the Myelin Sheath of Brain Nerve Cells 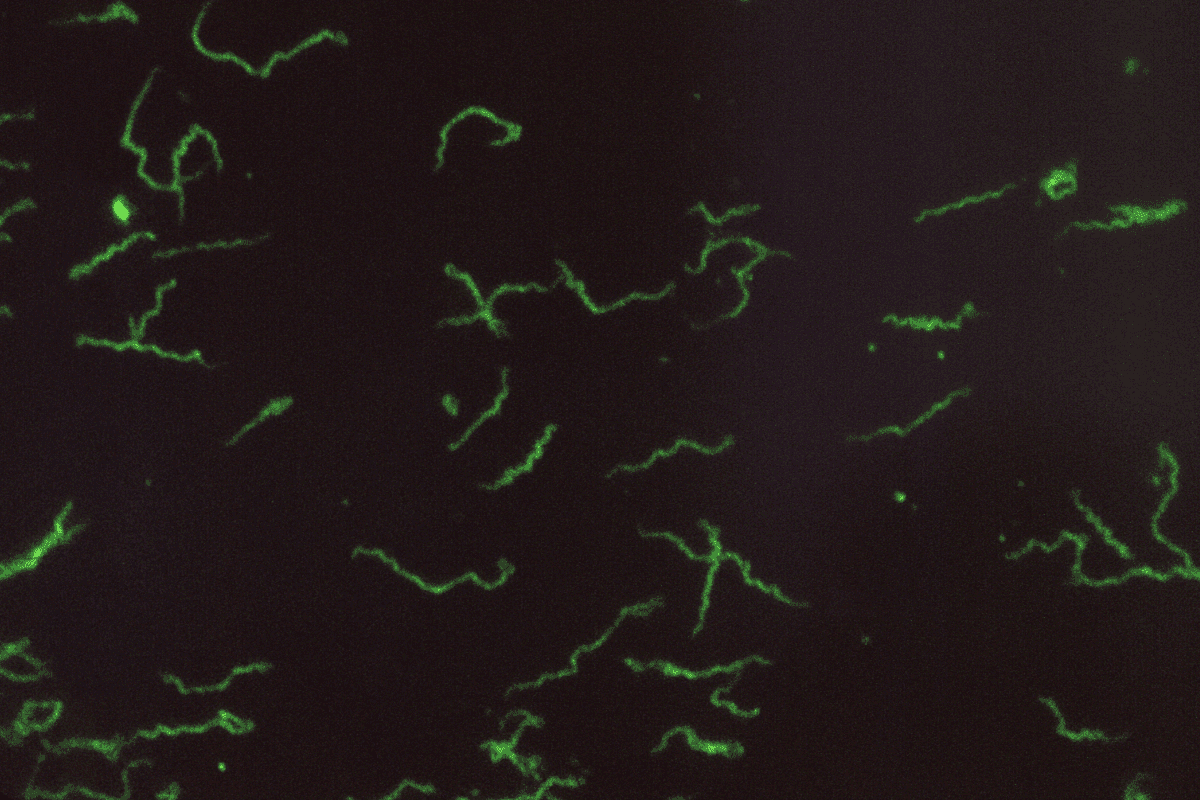 The scientific discovery of Lyme bacteria in the myelin sheath of those with MS supports this theory and has huge implications for how MS should be treated.

Story at a Glance

Their last statement is not accurate. Many people diagnosed with Lyme disease do not recover with the use of antibiotics, which is similar to the experience of MS patients.

• The Mayo Clinic states that untreated Lyme disease can spread to other parts of the body for several months to years after infection, causing arthritis and nervous system problems.

• Dr. Alan MacDonald’s discovery of Borrelia spirochetes embedded in the myelin sheath of nerves cells in the brain (see Pam’s video slide images) helps to explain why injury to nerve cells in the CNS of MS patients occurs. The injury is likely the result of immune cells doing their job: protecting the body from pathogens.

In 2006, Dr. Alan MacDonald published his discovery of Borrelia spirochetes embedded in the myelin sheath of nerves cells in the brain. His finding is important because it helps to explain why immune cells might cause injury to nerve cells in the central nervous system in MS and other neurological diseases.

In autoimmune disease, it is speculated that T and B immune cells attack the myelin sheath of neurons in the central nervous system, as if it were the enemy. It is assumed that the immune system is not functioning properly and therefore all the current treatments for MS have been developed to suppress parts of the immune system.

The immune system protects the body from disease-causing microbes such as parasites, bacteria, viruses, and fungi and the toxic chemicals produced by the microbes. If immune cells are causing damage to nerve cells, it would make sense to first look for possible infections located on or in the inflamed nerve cells instead of assuming that the immune cells have just gone awry.

There is a large and ever-growing body of science supporting the fact that MS patients are in a state of dysbiosis. They have a too many disease-causing microbes and a lack of health- promoting microbes in their body.

A Review of the Link Between MS and Lyme Disease

On our Multiple Sclerosis and Lyme Disease research page  you will find a list of MS-spirochete references that date back to 1911 and are published in prestigious journals such as the Lancet.

Some of the Studies Listed on Our Website Include:

1917 Spirochetes the Cause of MS

1922 Spirochetes in the CSF of MS Patients

1928 Spirochetes in the Human Brain of MS Patients

1932 The question of silver cells as proof of the spirochetal theory of disseminated sclerosis.

1933 Spirochetes in the CSF of MS Patients

In the 1950s, the researcher Steiner found spirochetes in the brain lesions of autopsied MS patients.

In 1957, Time Magazine reported that a Philadelphia bacteriologist successfully cultivated a spirochete microbe which she found in the spinal fluid of MS patients. She believed that multiple sclerosis is caused by the spirochete and early attack on it should lead to a cure or alleviation of the disease. She reported that 59 of her 76 cases (78%) off MS cerebral spinal fluid (CFS) samples grew spirochetes while 100% of the healthy controls CFS did not grow spirochetes.

Dr. Alan MacDonald found many small filarial roundworms in the CNS of 10 out of 10 MS patients that were tested. Fluorescent green dye that is attracted to the DNA of Borrelia (the bacteria that causes Lyme disease) was abundant in these worms. Therefore, these small roundworms carry Borrelia into the CNS and infect the central nervous system with this Lyme spirochete.

Borrelia is a bacterium in the same family as the bacteria syphilis. They are both spirochetes. Lyme expert Dr. Klinghardt has reported that at least 90% of his MS patients test positive for Borrelia.

Syphilis is a sexually transmitted disease that has three stages of infection: primary, secondary and tertiary stages. The tertiary stage of syphilis can affect many different organ systems including the brain and nervous system causing neurosyphilis.

“Lyme disease can cause delayed neurologic symptoms similar to those seen in multiple sclerosis (MS) such as weakness, blurred vision caused by optic neuritis, dysesthesias (sensations of itching, burning, stabbing pain, or “pins and needles”), confusion and cognitive dysfunction, and fatigue. Lyme disease symptoms may also have a relapsing-remitting course. In addition, Lyme disease occasionally produces other abnormalities that are similar to those seen in MS, including positive findings on magnetic resonance imaging (MRI) scans of the brain and analysis of the CSF.

These similarities in symptoms and test results have led some people with MS to seek testing for the presence of antibodies to Borrelia, to determine if their neurologic symptoms are the result of Lyme disease or truly MS. The distinction is important because Lyme disease, especially when treated early, often responds to antibiotic therapy, whereas MS does not.”

If you’re frustrated with the fact that our standard of care STILL doesn’t offer a real solution for treating MS, then click on the link below to watch my free masterclass training and discover REAL solutions that have allow myself and many others to live free from MS symptoms.

Under Our Skin Documentary

I will share how I’ve been able to live a healthy, active, symptom-free life even though I was diagnosed with multiple sclerosis over 30 years ago.