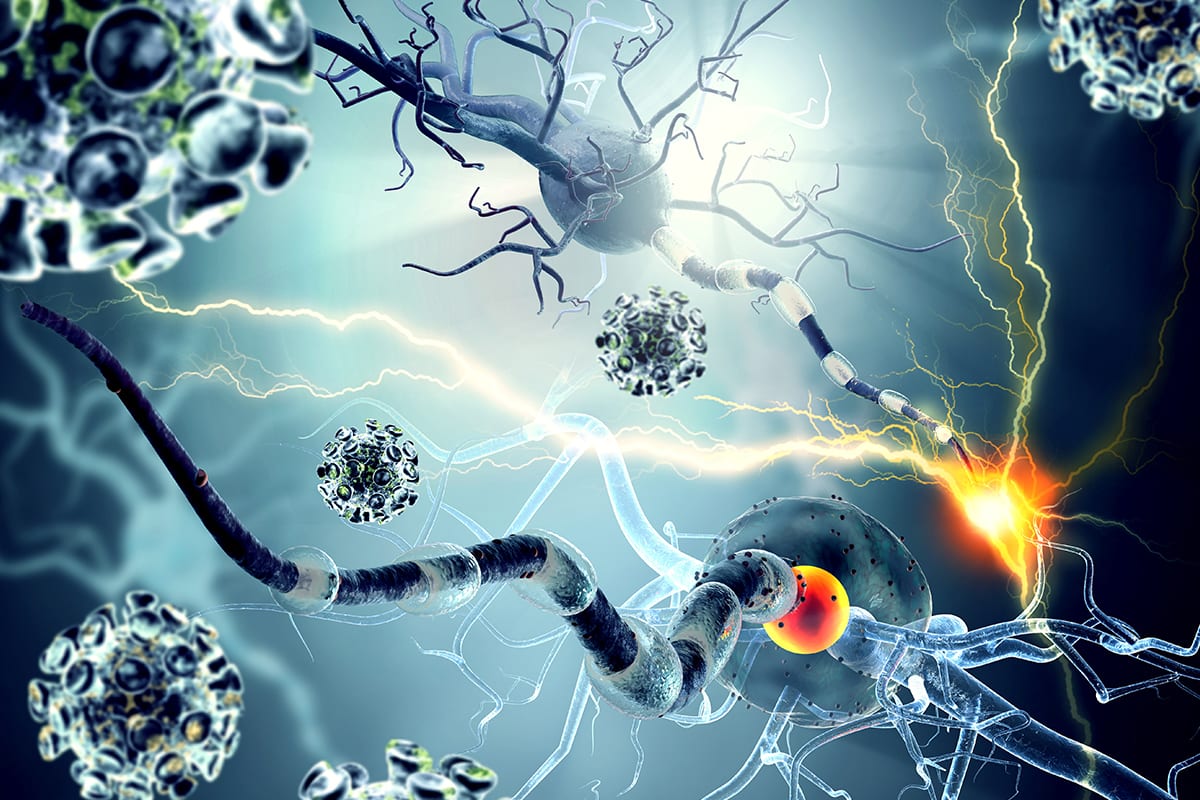 Researchers and physicians have observed an increase in autoimmune disorders, including multiple sclerosis (MS), over the last several decades. In fact, MS is the most common non-traumatic cause of neurological disability in young adults in developed countries. As the cause of MS is still unknown and there is no cure, an emerging body of evidence points to a causal link between parasitic infestations and multiple sclerosis.

MS is considered an autoimmune disease that attacks the nervous system – the brain and spinal cord. It is thought that the immune system mistakenly attacks myelin, a fatty tissue that surrounds and protects nerves. This impacts the nerve’s ability to send and receive messages to and from the brain, spinal cord and the rest of the body. MS is unpredictable, disabling, and degenerative.

Current evidence continues to build and validate that parasites are the cause of multiple sclerosis. Though the specific infections have yet to be fully researched and accepted by health authorities, the evidence is growing too loud to ignore.

Can Parasites Infect The Brain And Spinal Cord? 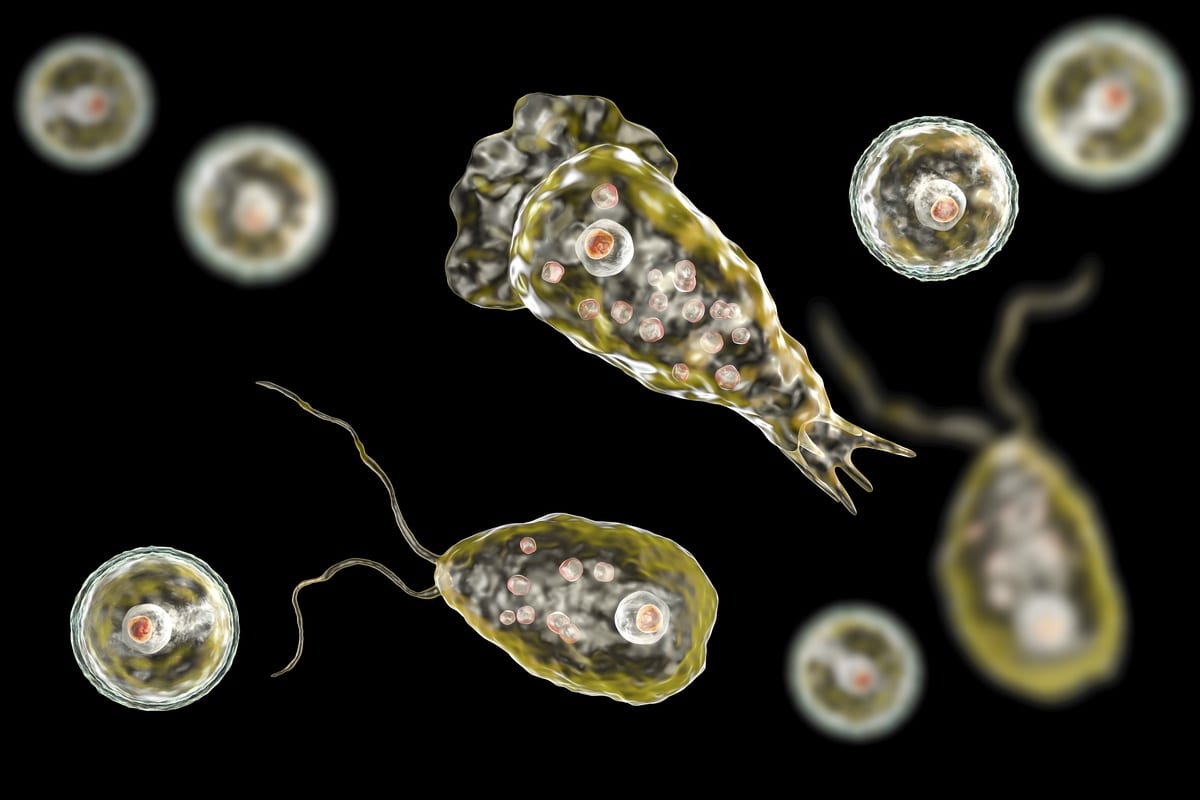 Can MS Be Caused By Parasites? 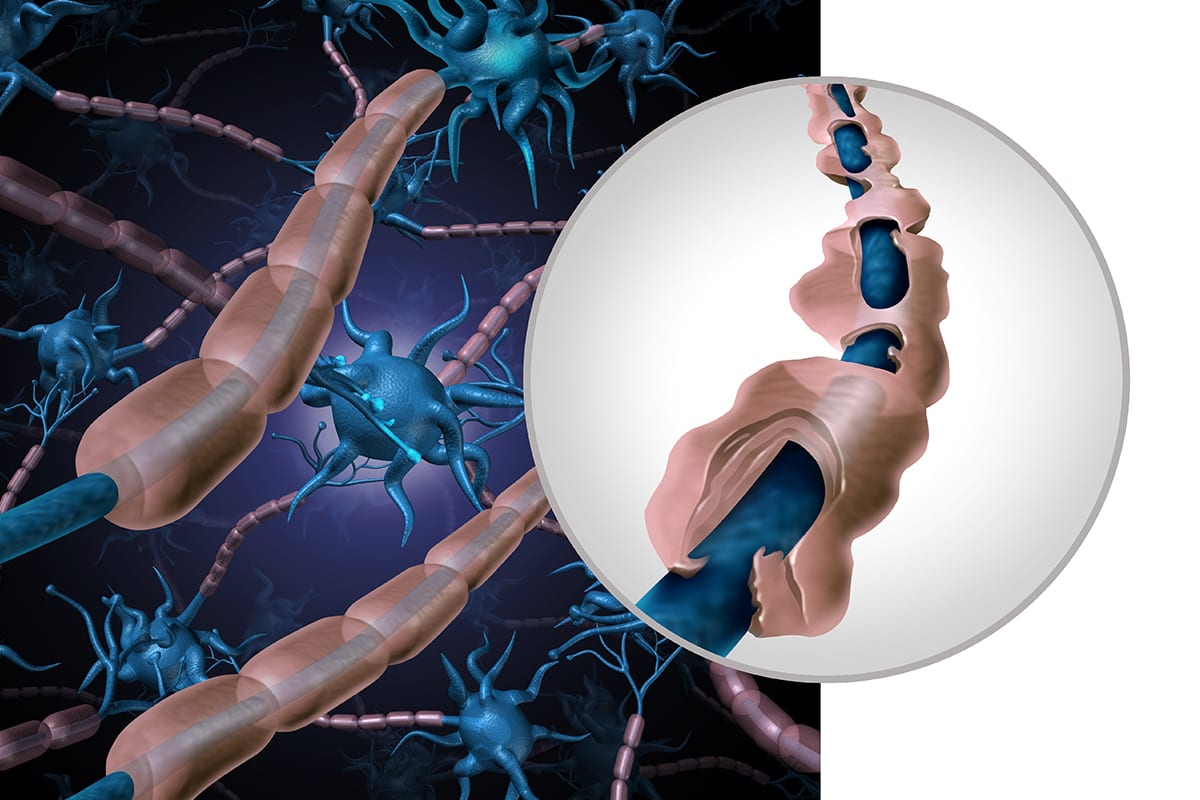 Various parasites have been suspected to cause MS. In 1899, Mannaberg believed that malaria was a possible cause of MS. Later, more than 50 MS-spirochete references dating back to 1911 have been published in prestigious journals like the Lancet. Fungal infections have also been implicated in MS through the work of Dr. Crook, Dr. Truss, Dr. Luc de Schepper, and Dr. Rona more than thirty years ago.

In 2016, pathologist Dr. Alan MacDonald discovered nematode worms in the brains and spinal fluid of every MS patient he tested.

His finding was monumental because, for over 100 years, veterinarians have known that when these worms infect the central nervous system of domestic animals, the animals suffer from the same neurological symptoms found in multiple sclerosis patients.

Then in 2020, Dr. MacDonald found tapeworm larvae and juvenile tapeworms in the cerebrospinal fluid of MS patients.

All these important documented discoveries bring the field one step closer to a consensus that multiple sclerosis is an infectious disease and if treated effectively patients can recover and live a long, healthy, happy life.

Can Parasites Cause Muscle Spasms and Spasticity? 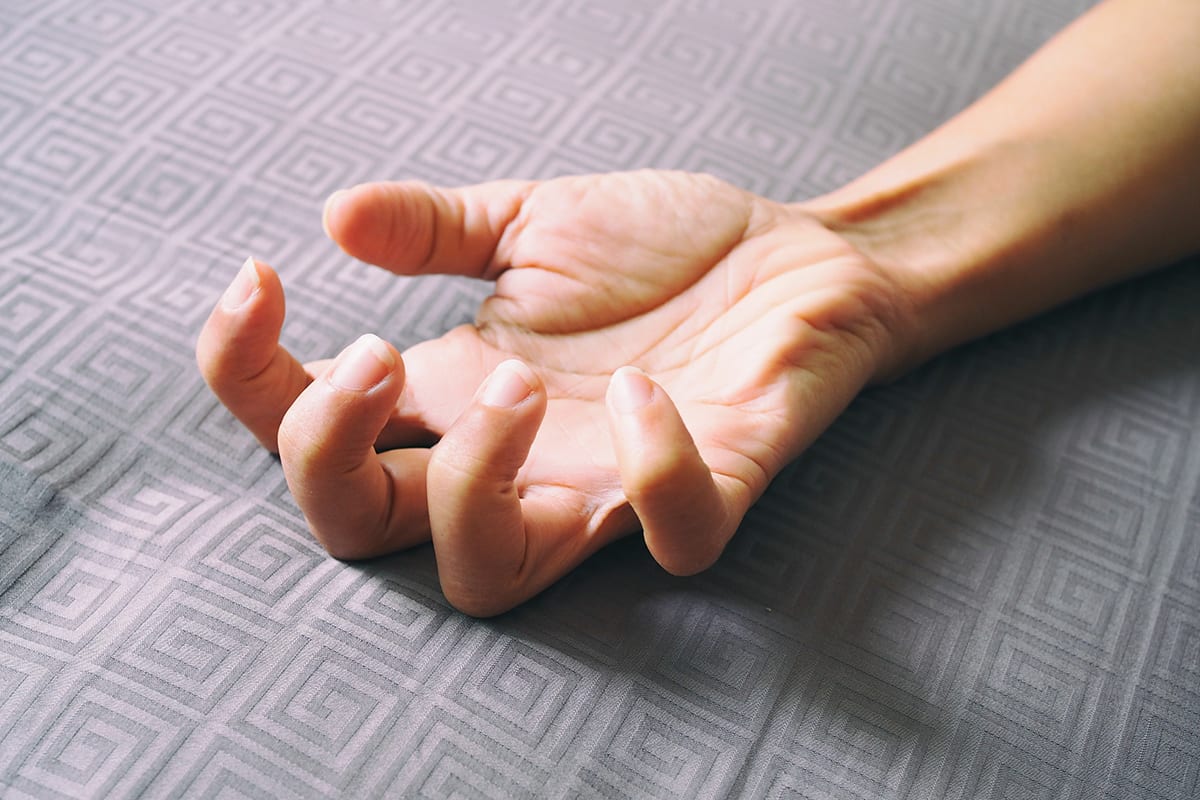 Muscle spasms are involuntary contractions that can range from small twitches to uncontrolled flailing of limbs. Smooth muscles that are within the walls of hollow organs like the colon can also spasm. The pain associated with the muscle spasm also varies from milder, less frequent muscle spasms to a constant, severe, rigid and painful muscle. Muscle spasms and spasticity are a common symptom of MS.

Animal studies can often provide insights into the cause of human diseases. Domestic animals such as sheep infected with small roundworms in their central nervous system can show symptoms of spasticity and a spastic gait.

Tetanus is an infection caused by a type of bacteria that produces a poison (toxin) that causes painful muscle contractions.

Can Parasites Cause Optic Neuritis? 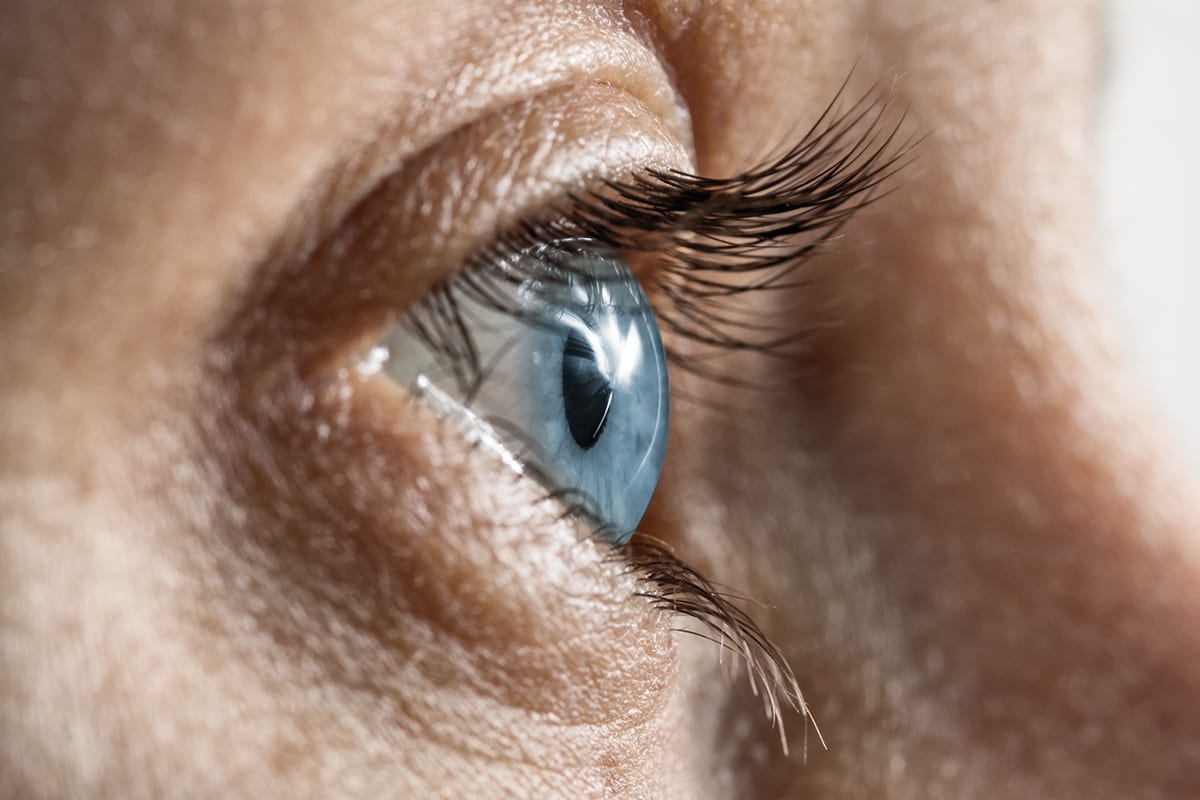 Optic neuritis occurs when swelling or inflammation damages the nerve fibers that transmit visual information from the eye to the brain. Optic neuritis is often one of the first noticeable indicators of multiple sclerosis that urges people to seek a diagnosis, or it can present later during more advanced stages of the disease. Common symptoms of optic neuritis include pain during eye movement and temporary or permanent loss of vision in one or both eyes.

Research has shown that animals infected with the parasite Angiostrongylus cantonensis develop optic neuritis symptoms similar to optic neuritis in MS patients. “The optic neuritis caused by A. cantonensis results in pathological alterations and clinical manifestations, such as ganglion cell loss, demyelination and prolonged VEP latency, which are similar to MS.”

Can Parasites Cause Lesions? 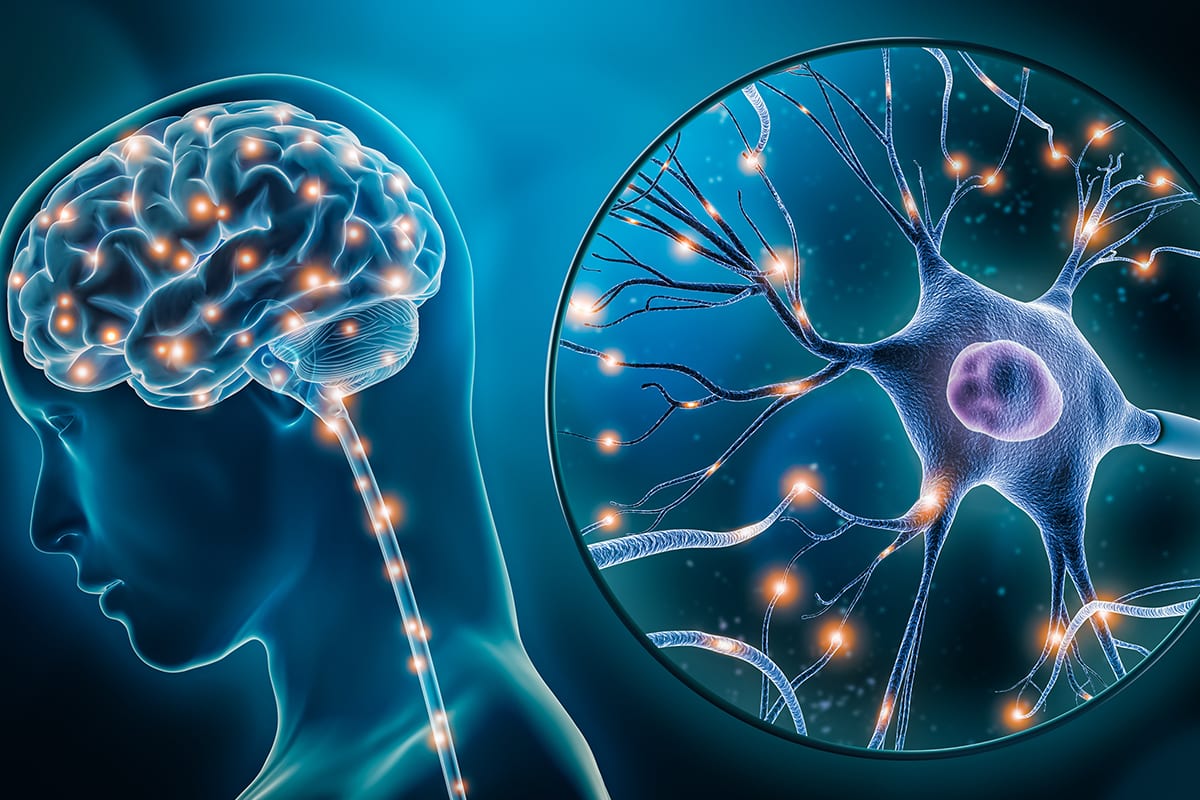 Lesions are found in the central nervous system (brain, spinal cord, optic nerves and cerebellum) of MS patients. They appear on MRI images and are the result of inflammation, which is the body’s response to infection.

It is well understood in the scientific community that various parasites cause lesions in the CNS.

Can Parasites Cause Tremors? 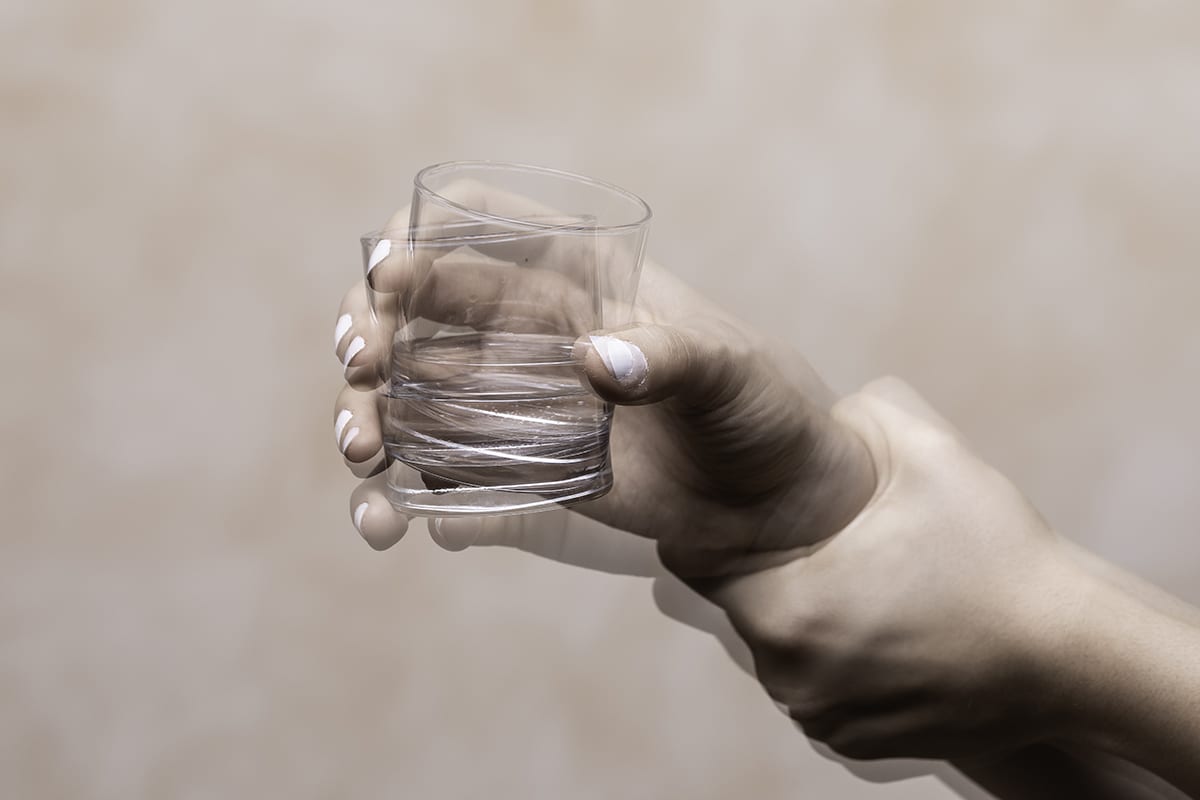 A tremor is an unintentional and uncontrollable rhythmic movement of one part or one limb of the body. It is categorically different from muscle spasms. Tremors, both resting and active, may appear mild, short-lived, and can be caused by too much caffeine or even dehydration. But they may also signal a much deeper problem or disease such as multiple sclerosis. Parasitic infection of the nervous system can be the root cause of tremors.

Can Parasites Cause Poor Balance? 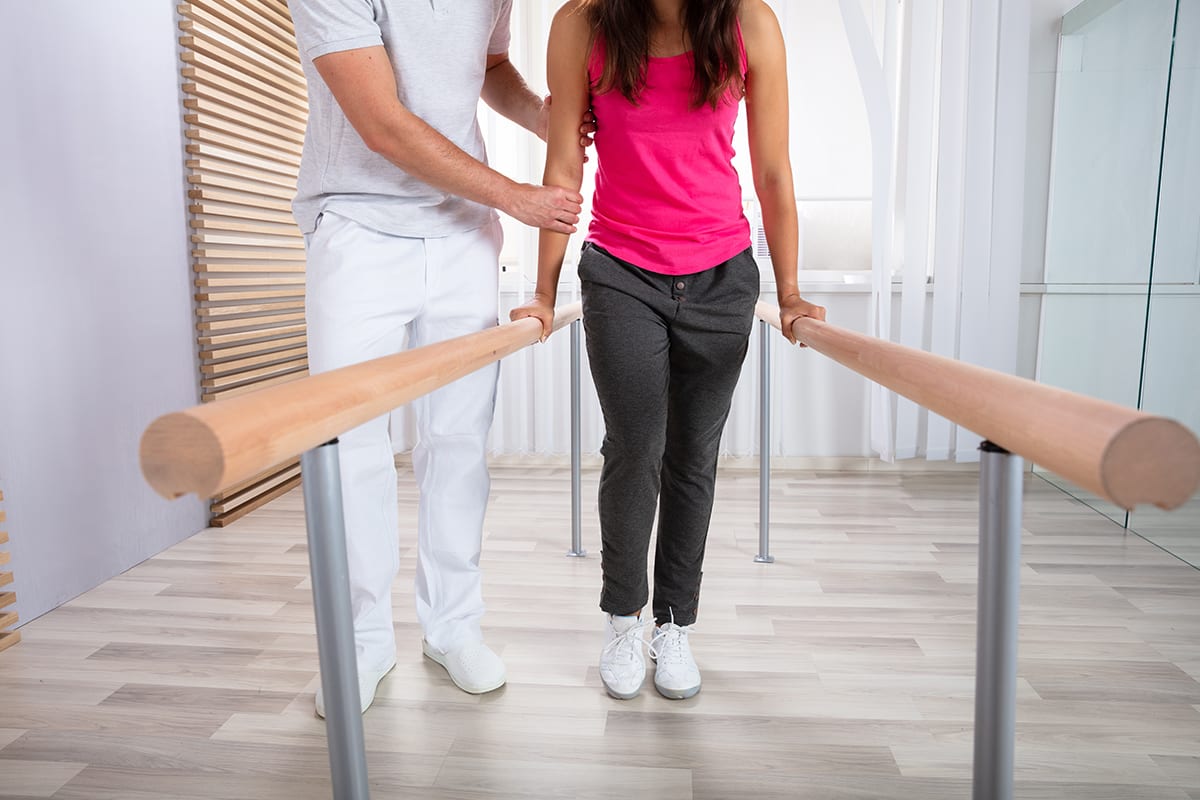 Poor balance can commonly occur in the elderly or ill adults and is often brushed off or overlooked because it usually passes quickly.

With multiple sclerosis, poor balance is persistent. Parasites can cause poor balance, especially with the condition neurocysticercosis, where an adult tapeworm releases its eggs inside the infected person’s body. The eggs develop into larvae which live in cysts in the brain. Cysts in the brain and spinal cord can cause seizures, headaches, confusion, poor balance, stroke or even death.

Can Parasites Cause Numbness? 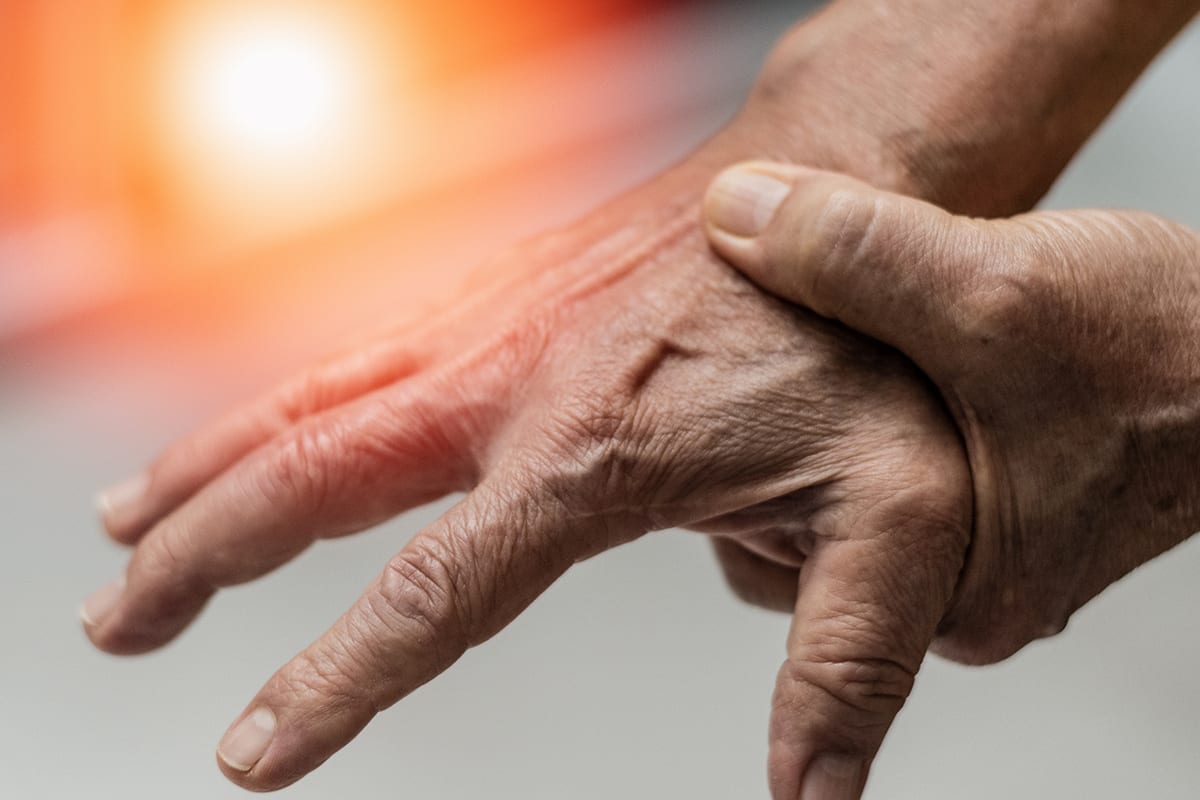 Can Parasites Cause Muscle Weakness? 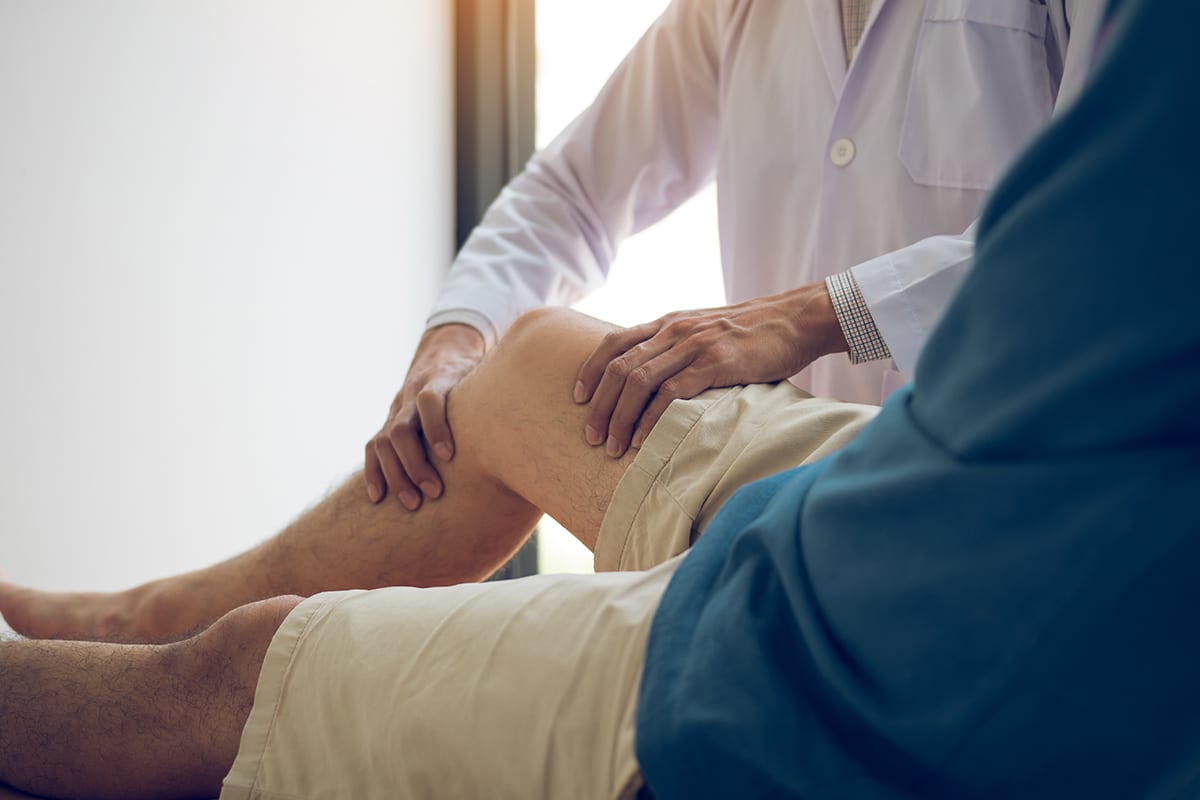 Muscle weakness occurs over time in people living with multiple sclerosis, and as the disease progresses and debilitates the afflicted, it presents more seriously. Some parasites live in the digestive tract of their host, but many move out of the GI tract and infect the blood, organs and central nervous system.

Filarial worms are small roundworms that can invade the central nervous system of domestic animals. They cause many neurological symptoms, including muscle weakness. These and other small roundworms worms can also infect the CNS of humans.

Furthermore, some parasites move into the muscle tissue. Myositis occurs when a muscle becomes inflamed and symptoms include pain, tenderness, swelling, and/or weakness. The two most common types of parasitic muscle infections are trichinosis, also called trichinellosis, and cysticercosis, which presents as lumps underneath the skin. Trichinellosis develops as it moves into the bloodstream and begins embedding into body tissues, mostly the muscle. At this stage, muscles can begin to weaken as a result.

Can Parasites Cause Pain? 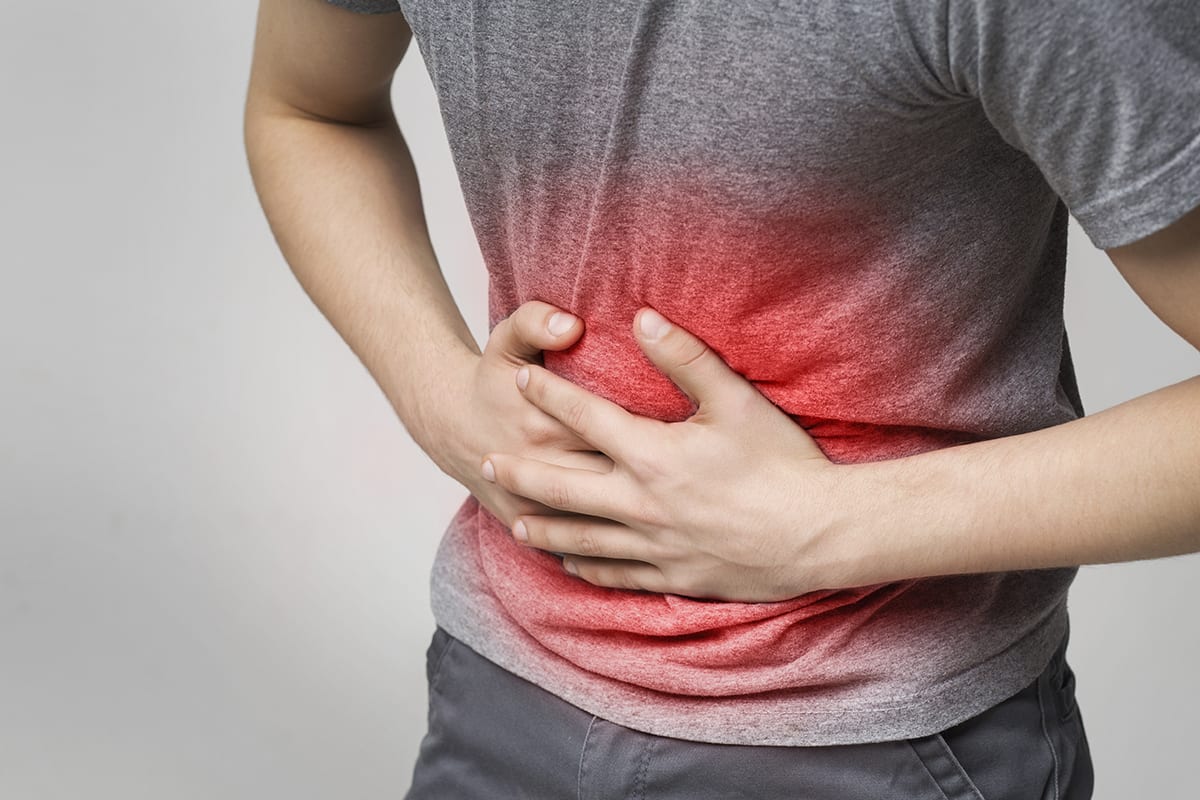 A parasite may invade a specific organ or migrate through several organs. One common cause that leads to physical pain, especially in the abdominal region, is when patients present with acute abdominal pain due to inflammation in the bowels, bile ducts, and/or intestine. A parasite infestation may also induce a cyst formation that could be complicated with rupture, superinfection, or mass effect, each causing extreme levels of pain in patients.

A very large percentage of the world’s population has some form of parasitic infection, and it is estimated that over a billion people are infected with roundworms alone. For those diagnosed with MS, an understanding of parasites as a cause of the disease is the best place to start on a path toward healing.

Multiple sclerosis symptoms can vary in degree and intensity, and mimic symptoms of parasitic infestation including:

Dr. Alan MacDonald is doing groundbreaking work validating the association between multiple sclerosis and parasitic infestation. According to Dr. MacDonald’s research and findings, they “have not found a case of multiple sclerosis that does not contain nematodes in the cerebral spinal fluid.”

The first clinical sighting of multiple sclerosis was confirmed in the early 1800s. It has been long noted that the geographical distribution of the disease more prevalently occurs in high-latitude regions, and that multiple sclerosis is relatively uncommon near the equator. Yet 200 years later, there remains a lack of consensus regarding the cause of this debilitating and degenerative disease.

We have observed that people diagnosed with multiple sclerosis have a history of antibiotic use, sometimes before the age of 10. This devastates the health-promoting microbes in their body and leaves them vulnerable to parasites from our environment. A diet rich in processed carbohydrates feeds the disease-causing parasites and overtime, they become more populated and move into different parts of the body (including the central nervous system) and cause disease. The sicker we are, the more infested we are with parasites.

By determining that parasites are found in those living with MS, a new body of evidence is revealed, and this understanding allows for innovative treatment of the disease. It has become evident that people who suffer with MS are loaded with various parasites including worms, protozoa, yeast, molds, and bacterial infections. When these infections are treated effectively, the disease process stops (goes into remission) and the patient enjoys life-changing symptom improvement – more than they thought possible. In many cases they experience complete recovery, especially when treated in the early stages of disease.

Multiple sclerosis is a dreadful disease where patients suffer greatly and are not able to live their life. There is sufficient evidence that multiple sclerosis is caused by a parasitic infestation, yet it will take years before our standard of care will shift from managing disease symptoms to treating parasites in MS patients.

The great news is that people who suspect they may have MS or those diagnosed with MS do not have to wait for standard of care to treat the cause. They can take charge of their health now and play an active role in their recovery. Early intervention that addresses parasitic infestation can result in a full recovery. Many Wellness Champions are living proof that there is hope and a real possibility to live a long, healthy and happy life even after an MS diagnosis.

If you’re frustrated with the fact that our standard of care STILL doesn’t offer a real solution for treating MS, then click on the link below to watch my free masterclass training and discover REAL solutions that have allow myself and many others to live free from MS symptoms.